The one thing you need to get used to when you’re a writer?

Or how to write.

I think of all the things, that’s probably the most frustrating speed bump in being an author because no matter what you do, what you write, what you create… someone’s going to take issue with it. Either in a big way or a small way but there will be issues.

And they will tell you.

Imagine if you would, you’re doing your job and someone walks up behind you and say something about what you’re doing. Your first instinct is to say “fuck off”. Okay that’s my base instinct but honestly I’m very low-rent. Now in an author’s case, you really can’t do that and really, the opinion might have some merit. I usually say thank you for telling me then do some research until I can figure out how I feel about the matter.

Some people have guided me and others have derailed me. But I do always at least look.

Unless I dismiss them outright because I know they’re crazy but that’s another kind of letter altogether.

Now, the writing part. Ah, that’s stickier. There is the book the writer wrote and there is the book the reader would have liked written. I admit to doing this too. I’ve read a book and said… I wouldn’t have done that. *grins* Notice the keyword in that — “I”.

That’s a hard thing to remember when reading a book. I TOTALLY do this. I admit to doing it. I own up to doing this. I judge. I deconstruct the book and pick at its entrails when I read. Even if it’s mind-candy and I should just shut the fuck up and READ.

It is like a dog going through the cat box looking for poo-crunchies. I know better and I STILL do it.

So what do you do when someone reads your book and starts talking about the book they wanted to read instead?

Well, short of pointing out that particular boat has sailed, you’re kind of stuck in… thank you for your input. One, you really can’t go back and change the book. It’s published. And secondly, do you really want to? 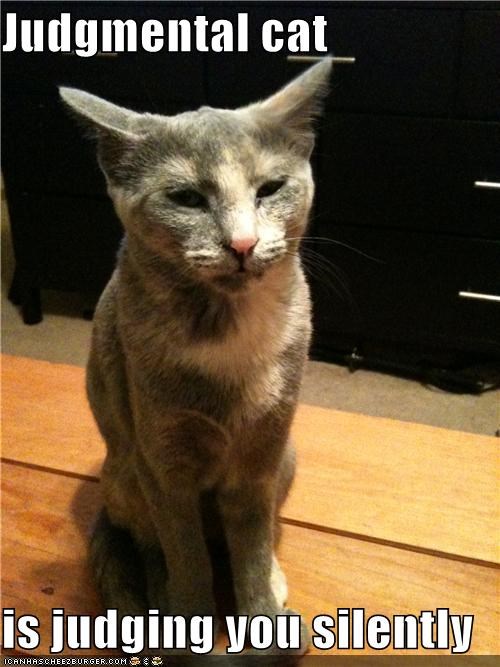 I slog out 80,000 plus words for each novel. I feel like I need to produce that mark for the price of the book. It’s a thing of mine. I feel… responsible for your pay cheque and damn it, if you’re gonna spend more than 6 bucks on something I’ve vomited out of my brain, it should be worth it.

But that’s where the responsibility ends. Because a writer has spent months on this piece. It might be flawed in some ways. God knows, there are things I’ve written that I’ve said… I would have done this better but once it’s out there, it’s like your kid. Lumps and all, it’s yours and hey, it might not be the smartest in the class or the prettiest but damn it, it’s trying like fuck.

Now, I can take criticism. I can explain why I did something. I ask the readers have faith because I’m writing a series and well, I am writing them as entertainment. It’s not high-brow literature but at the same time, I’d like the reader to become invested in my waddling, ugly children as they run amok in the garden. But certainly, I’ll listen to someone tell me if they can be fed better or dressed better.

Not to say they will but I’ll listen. *grins*

This didn’t come up from something someone said to me. It actually was from reading a comment in another author’s blog by a reader. The comment’s contents doesn’t really matter but it touched on a subject the author obviously had an opinion about but the reader tossed in their two-cents worth. The subject obviously bothered the reader enough to say something. Whether the author changes that going forward or not isn’t important either. Because really, it’s their work. But is it a deal-breaker for the reader?

I hear the term pet-peeve a lot. Now really this means someone has actually done something on purpose to piss off the other person. I can tell you I do not write to piss off anyone. I don’t sit down and write a certain bit thinking… Oh I’m going to really get under Reader X’s skin. To my knowledge, no one writes that on purpose. Okay actually I can think of one instance but that was between two authors. Messy business that.

But if something triggers a dislike, don’t take it personally. I don’t. Because really, there’s stuff that tweaks me too. *laughs*

Definitely talk to the author. I welcome it. I will always listen. I may not change my waddling ugly children but yes, we can talk about what they’re wearing.

Because really, I have terrible taste in clothes. *grins*

Back in Black (McGinnis Investigations)